Suhru Wines is a family owned and operated business opened in 2008 by Susan Hearn. Susan and her husband winemaker Russell Hearn have been members of the North Fork community since the early 1990s. Along with their daughters Shelby and Kylie they have brought Suhru Wines to life to share their love of wine!

"Family is an extremely important aspect of my life. It means the world to me that Suhru Wines allows us to produce the wines we love while showcasing the skills and strengths of my entire family." - Susan Hearn 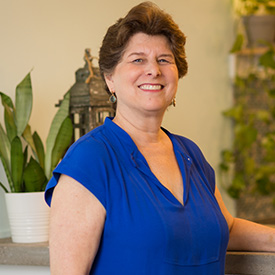 Susan developed her passion and knowledge of wines in her 30’s. Being married to a winemaker she was exposed to the intricacies of the winemaking process. Throughout the course of their marriage Susan has been introduced to fine wines from across the globe which has greatly influenced the development of her own palate as she learned about the nuances of taste and aroma.

To enhance her knowledge of wines and winemaking, she has toured the wine regions of France, Germany, Italy, Portugal, Australia, New Zealand, California, Virginia, and New York. Sue is attracted to fresh, vibrant wines, including aromatic crisp whites and more fruit-forward red wines. Her goal is to make excellent, approachable wines that are a little different from the mainstream. She is so excited to be working together with Russell, Shelby, and Kylie and invites you to visit the Suhru Wines Tasting House and try our wines! 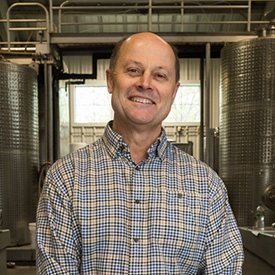 Russell has made extensive contributions to the New York wine industry over the past three decades with his wines garnering extensive critical acclaim and industry wide respect. His innovative winemaking style has influenced the quality of many wineries in our region, none more so than Pellegrini Vineyards and more recently Lieb Cellars and Bridge Lane.

Australian born, he grew up around wine as his mother was in the business. Russell started his career in Western Australia and has taken his training with him throughout his journey with experience gained working in New Zealand, France, and regions across the USA. Russell founded Premium Wine Group a custom crush facility in 2000, encouraging small, fine quality wine producers like Suhru Wines to flourish.

As the winemaker of Suhru Wines, Russell brings his knowledge, experience, and relationships with quality New York State growers. He greatly enjoys the time spent working with Susan developing Suhru Wines and is excited for their daughters to join the team! 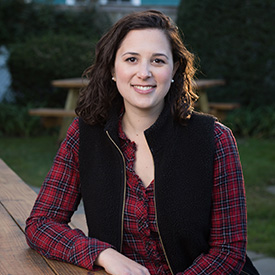 Shelby's life has always been rooted in wine. Growing up a winemaker's daughter, she took an interest in the wine industry at a young age with her first memories including running through the vineyard, conducting “experiments” in the lab with her sister, and helping her dad during harvest.

Shelby got her start in the industry in 2005 and has since worked in tasting rooms, planted vineyards, hand-harvested grapes, bottled, worked in the cellar, and has sampled her fair share along the way! Shelby has continued her personal wine education by touring the wine regions of Australia and Hungary, as well as many in the US. Before moving to the North Fork and joining Suhru Wines full-time Shelby, lived in Brooklyn where she was a marketing professional at Penguin Random House and later running marketing efforts at Brooklyn Winery. Shelby is thrilled to bring her knowledge of the industry, hospitality, and sales to Suhru Wines! 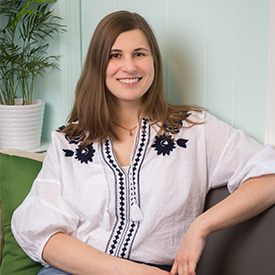 Growing up in a wine family, Kylie has accumulated a wide array of experience in the industry. She spent hours playing in the vineyards as a child and as she got older that turned to time spent in the winery. Kylie has a great appreciation and love of wine and has always been interested in the winemaking process. She has expanded her knowledge of the industry by visiting wine regions in the US, Canada and Australia.

Having completed her education in computer programming and web development, Kylie worked on websites for five years before feeling the call to return to the wine industry and her roots. In 2019 Kylie joined Premium Wine Group as a production assistant, where she has been exposed to all aspects of the winemaking process. In 2020, she spent 3 months on an exchange to Wira Wira Winery in the McClaren Vale region of South Australia, where she was a Vintage Lab Assistant for the 2020 Harvest. During her time at Wira Wira she was in charge of quality control methods, lab testing and juice trials. She is proud of her new skills and looking forward to using them to contribute to the family business.